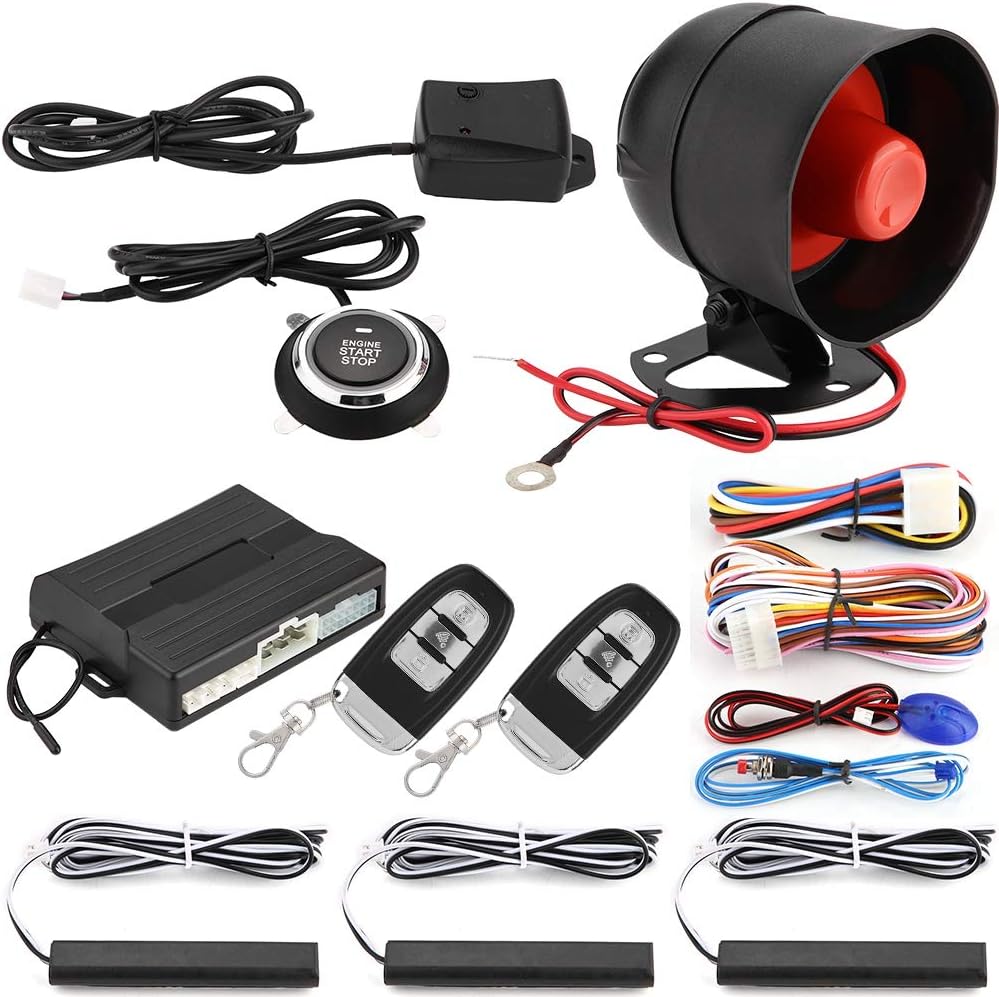 Specification:
Condition: 100% Brand New
Working voltage: DC voltage DC=12V, 24V is not supported temporarily.
Standby current: 8mA (note: standby for up to 2 months continuously)
The function of starting indicator light at night: at night when the car search start button location is inconvenient, at this time you can step on the brake, the start button on the indicator light will be on for 2 seconds, to facilitate the owner to find the start button location, very practical.
Package Size: 23 * 15 * 10cm / 9.1 * 5.9 * 3.9in